Saratoga Springs is a beautiful town nestled in Upstate New York. It is just a short, 30 minute drive from the Lake George Escape Campground and is known for its rich history in race horsing and music. There are many locally owned shops filled with artisan wares and unique souvenirs, plus plenty of cafes and restaurants to accommodate al fresco diners and tastes of all kinds. With Skidmore College nearby, where many students pursue arts degrees, it’s not unusual to see young people on the streets busking, painting, or just simply expressing themselves artfully around town. Saratoga Springs is a perfect place to day trip while you stay at Lake George Escape Campground. 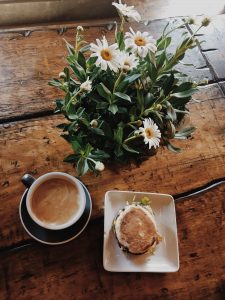 Begin your day at kru Coffee where quality and taste is of the utmost importance. The space at kru Coffee  is open and airy and has two levels that can accommodate groups of all sizes. In addition to their tasty fair trade coffee, they also have a small breakfast menu and a “concept bar” where baristas test out different ways of brewing coffee, altering flavors, and other scientifically driven experiments that take the average cup of joe to the next level. Kru Coffee also hosts open mic events and serves up local beers from their taps behind the bar on the weekends.

Once you’ve had your caffeine fix, head over to Broadway, the main drag of Saratoga Springs. Along this street, you’ll want to step inside every store – they all have a unique flair to their display windows.One of the most beloved locally owned businesses on Broadway is the Saratoga Olive Oil Co. Stop in here to taste dozens of specialty oils, salts, and all kinds of vinegar. It’s the perfect place to buy a souvenir or that perfect gift for your foodie friends. Saratoga Olive Oil Co. also has locations in Lake Placid, NY and Burlington, VT. 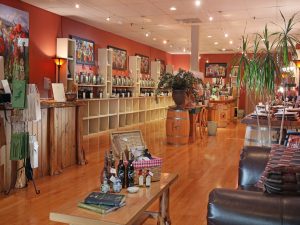 Hungry? We thought so… Broadway has many dining establishments for all tastes. One of the most beloved is Druthers, where they brew their award-winning beers above the dining room.

Unlike other restaurants along Broadway that have their outdoor seating right on the sidewalk, the patio at Druthers is set back from the sidewalk and accommodates groups of all sizes. Whether you come to taste the beers they brew right above the restaurant or to try their famous mac, Druthers is worth a visit any time of the week.

Saratoga Springs is nicknamed “The Spa City” for a reason – there is a rich wellness history here and the actual Springs are rich in minerals. Native Americans were well-versed in the benefits of the springs’ water and settlers here also believed that the spring’s water could treat all kinds of ailments and diseases. Nowadays, people come to Saratoga for world-class spa treatments that often incorporate or are inspired by the mineral-rich springs. Visit Roosevelt Spas & Baths at the Gideon Putnam for an authentic springs spa treatment.

This small city’s history of music is rich. Caffe Lena – the oldest continuously operating folk music venue in the United States. Though Caffe Lena has undergone some renovations, upon walking into the venue you can still feel the history of the place. There is a weekly open mic here, where hopeful musicians play their hearts out as they follow in the footsteps of former Caffe Lena performers like Arlo Guthrie, Don Mclean, and Bob Dylan. 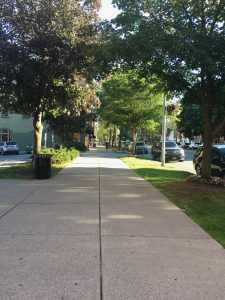 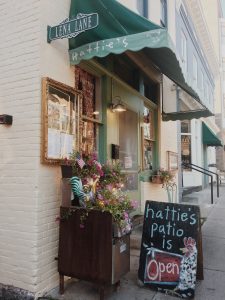 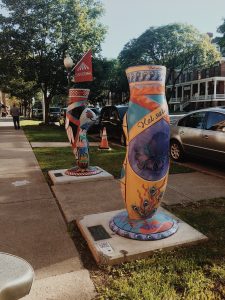 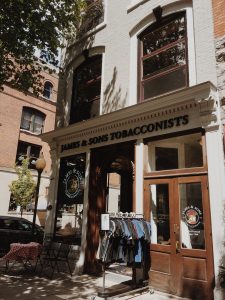 Whether you come for the arts and music or the food and drink, Saratoga Springs is the perfect day trip when you stay at Lake George Escape Campground.

What is your favorite place to visit in Saratoga Springs? We’d love to share day trip ideas in the comments!