Top 9 Things to do in Lake George in the Fall

Summer has finally wound down and the weather has a bit of chill in the air. The leaves have started to turn and the kids are heading back to school. But before you decide to pack up your RV and head for home, there are a few more events happening in the Lake George area that may tempt you to stretch out your time here a little bit longer! Here are 10 of our favorite things to do in Lake George in the fall: 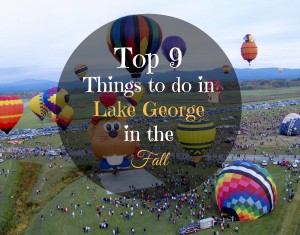 The oldest and largest balloon festival in New York opens on September 18 and runs through September 21. The opening ceremonies take place on September 18th at 4:30 p.m. at Crandall Park in Glens Falls, with performances by The Stony Creek Band and a launch of over 20 balloons. Later that evening will be the City of Glens Falls Block Party featuring Walk-about balloon, balloon baskets on display, car show, and kid’s activities.

September 19 will feature a craft fair, kids’ activities and food vendors starting at 3 p.m. at the Floyd  Bennett Memorial Airport with an evening launch of over 80 balloons featuring special shapes.

September 20 will feature a full day of activities starting at 5 a.m. with a “Big Balloon Breakfast”. Other activities at the airport include a 6:30 a.m. launch, all day craft fair and food vendors and kid activities, a bicycle tour of the airport, local band performances, a 5 p.m. flight of  over 100 balloons, and a special “Moon Glow” featuring over 20 balloons.

September 21 is the final day of the festival and there will be another “Big Balloon Breakfast”, all day craft fair and food vendors and a 6:30 a.m. launch of over 100 balloons at the airport, and a local band performing at 2 p.m. in Crandall Park with a final launch from there of over 20 balloons. For more information call 518-222-4593 or visit the website at www.adirondackballonfest.org. 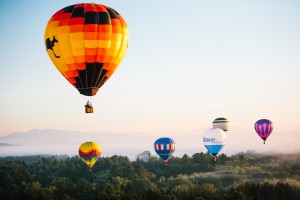 The weekends of September 20-21 and September 27-28 will feature Oktoberfest at the Great Escape. From 1 to 4 p.m. each day, visitors will experience the season with festive foods, traditional German music and dancing along with a great selection of fall beers.

The event features fun games and the chance to win great prizes all day long in the German Fest Area of the park. Two headlining bands will take the main stage by SkyCoaster for classic entertainment all afternoon while the Alpine Fest Haus will be alive with acoustic performances to delight guests. Beer and food tents throughout the event area will include seasonal brews and German food offerings and a traditional German Buffet will be offered inside the Fest Haus. Live music will include Daddio’s, Tony’s Polka Band and Ed Schenk & The Conti Kids.

All of this is in addition to some of Great Escape’s attractions like Condor, Sasquatch and the world famous Comet that will be open during the festival. The event is free with your season pass or purchase your tickets today for just $21.50. 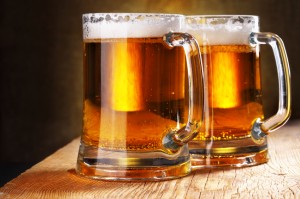 On September 28, the 22nd Annual Taste of the North Country Food Festival will be held from 11 a.m. to 3 p.m. in Glens Falls City Park. Admission is $5 for adults and under 18 is free. Sample a variety of foods from the North Country’s Best Restaurants. The Participating Restaurants and their offerings as well as entertainment schedules will be published with the Chronicle Newspaper Each Restaurant Sample is priced in Food Coupons and range from 50 Cents to $ 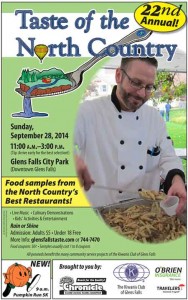 The 16th annual Fright Fest will be held at The Great Escape on weekends starting at Oct. 4 and running through Nov. 2. From noon to 4 p.m. the activities are family friendly but once the clock strikes 5:00 p.m., the haunting Fright by Night begins!

In addition to the return of Ghost Town Dead in the West, Saloon of Darkness Haunted Maze, Skull Manor Haunted House and Malice in Wonderland, check out the park’s three scare zones, this year with more ghouls than ever before.

Enjoy a chilling day at The Great Escape where little ones can compete in costume and scream contests, watch Incredible Larry’s mysterious magic show, or travel the Trick or Treat Trail, visiting their favorite Timbertown characters. Or meet some Fright Fest friends in Carousel Plaza with the heckling Jack O’Lantern.

6. Blessing of the Animals

On October 5, the Priory Retreat House at 135 Priory Road in Chestertown will hold a Blessing of the Animals at 1 p.m. This custom evolved as a remembrance of St. Francis of Assisi’s love for all creatures. Everyone is welcome to bring their pet to be blessed. Just let them know when you register what kind of animal you are bringing. A special blessing box and prayer slips will be available for those animals who cannot come or are deceased.

Glens Falls is home to the Adirondack  Flames, a professional ice hockey team in the American Hockey League (AHL). The team is based out of Glens Falls, New York, and play out of the 4,794 seat Glens Falls Civic Center. They are the top affiliate of the Calgary Flames of the National Hockey League and will make their debut in the 2014–15 AHL season after relocating from Abbotsford, British Columbia where the team was known as the Heat. The next game at the civic center is on October 3 at 7 p.m. 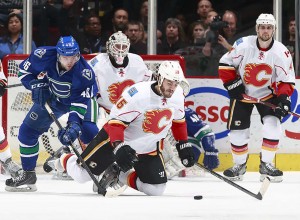 As everyone knows, the Adirondacks are an excellent spot for leaf peeping. Starting around the middle of September, the leaves start to change and this year promises to be spectacular. So get out your maps and head for the open road to see where your favorite spots will be. 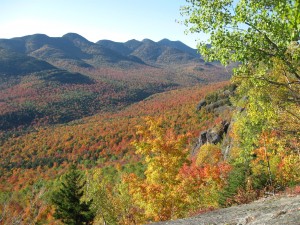 9. Hole in One for Heroes

So there you have it, nine events and things to do in Lake George that will keep you lingering and camping well into the fall season! Which one of these are your favorite?