Take a Day Trip To Saratoga! Here are the Top Five Things to do in Saratoga Springs

Saratoga Springs is about a 45 minutes south from Lake George, but it is well worth the drive for anyone looking for a day or two of adventure and fun things to do!

Saratoga Springs is a city rich in history, from the mineral springs in Saratoga Springs Spa State Park to the over 150 years of horse racing, there is something for everyone. There is so much fun to be had in this beautiful city, from the race course to world winning restaurants and shops on Broadway, recently named one of best Main streets in the country.

If you’re planning on taking a day trip to Saratoga Springs, here are a few things to do that you don’t want to miss!

Top 5 Things to do in Saratoga Springs

When thinking of Saratoga, the first thing that comes to most minds is the racetrack. Luckily, the racing season is in full swing, and a visit to the track can be a fun day for the whole family!

A visit to the track should start by 7 a.m. where you can reserve a breakfast track side to watch the horses warm up. Although the race track has hundreds of picnic tables with monitors nearby, they are in high demand and every effort should be made to secure one as soon as possible, which is the more important reason to arrive as early as possible. This way you can sit in the shade comfortably all day as you handicap the races and you have a place to retreat to after you venture up to the fence to see the races.

The track offers lots of opportunities for food and apparel purchases, but you are welcome to bring your own food, especially if you have secured one of those coveted picnic tables. The excitement of live horse racing is hard to describe, but one that shouldn’t be missed. 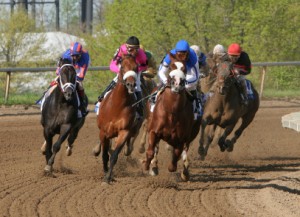 Next on the list is Saratoga Springs State Park. This park is a National Historic Landmark and offers a mind-boggling array of things to see and do. There are over five miles of hiking trails, several historical mineral springs, award-winning golf courses, swimming pools, an automobile museum, a mineral bath and a 75-year-old resort and spa hotel, just to name a few attractions. A trip to the 2,200 acre park could take a whole day or more to see everything it has to offer.

Belief that the waters of Saratoga held healing properties led to the construction of spas and health centers that would cater to the tourism and health industries. Local companies began to bottle and sell the water as well, giving Saratoga the nickname “The Queen of Spas”. At the height of this bottling frenzy in the early 1900s, there were more than two hundred private wells tapping into Saratoga’s mineral springs.

Amid fears of losing this precious natural resource, Saratoga Spa State Park was begun as a conservation effort to preserve the mineral springs. New York State declared eight hundred acres as a state reservation and took ownership of the wells.( http://www.saratoga.com/hotspot_saratoga-spa-state-park.cfm)

A first trip to the park will be surprising to most visitors because the structures of the spa heyday, which culminated in the 1930s, are still standing, with one building housing the still-working Roosevelt Mineral Bath. The buildings are brick and there are connecting breezeways with marble floors. The Gideon Putnam Hotel is also brick and seeing this architecture makes you imagine a more romantic time with ladies and gentleman strolling along the promenade on their way to visit the healing waters.

Today visitors can hike the five miles of trail and discover a lot of those springs for themselves. There are at least seven springs accessible within the park itself, with many more in the city of Saratoga Springs and even a couple in nearby Ballston Spa.

Besides the pools and golf courses, visitors to the park can also fish in Geyser Creek, which runs through the park and is stocked with trout every spring. There are also tennis courts and picnic groves.

Also present in the park is the National Museum of Dance, now housed in one of the larger spas of its time, The Lincoln Bath; the Saratoga Automobile Museum, housed in the former Saratoga Water Bottling Plant, and the Spa Little Theater. 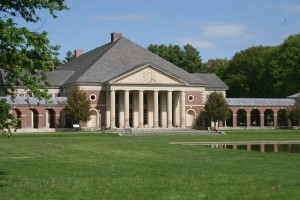 Third on my list is the Saratoga Springs Performing Art Center(SPAC). Although it is in Saratoga Spa State Park, I have kept it separate because it is an attraction all on its own. SPAC draws some of the biggest acts known during the summer season. From heavy metal group Korn, to classic rockers Journey to country superstar Alan Jackson to fan favorite James Taylor, there is a concert for everyone. Also, the Philadelphia Orchestra and New York City Ballet both hold summer residences at SPAC. Most summer evenings will find a performance occurring. Also good to note for families is that there are often family fun packs offered that allow families to sit on the lawn and enjoy the performance under a beautiful starry sky.

The fourth attraction is the smaller park located in the middle of Saratoga Springs, Congress Park. This beautifully landscaped park features the historic Canfield Casino and several of the springs that made the area famous.

The Canfield Casino was built in 1867 by John Morrissey, an accomplished athlete and politician representing New York in Congress. He was also a founding member of the Saratoga Race Course. He knew that there was more money to be made and starting in 1867 he invested $190,000.00 to build an elegant casino. Opening in 1870, his Saratoga Club House was a draw for wealthy and prominent visitor’s world wide. Morrissey did not use the name Casino. Morrissey operated the Clubhouse during the summers until his untimely death in 1878 at the age of 47.( http://www.saratogahistory.org/about-the-museum/canfield-casino).

Today the casino houses a museum with open visitor hours. Congress Park is also known for its Greek-style architecture and many weddings have been known to take place in the park as well as in the casino.

Other attractions in the park include a seasonal carousel that is a huge draw, outdoor Shakespeare plays on Thursday evenings and hundreds of ducks that will follow you everywhere searching for handouts. Antique car shows are also held here from time to time in the summer. 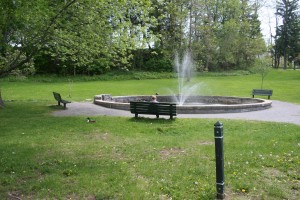 Finally on my list is the New York State Military Museum. Housed in an old armory, the museum actually started in 1863 with a collection of Civil War memorabilia.

The museum houses over 10,000 artifacts dating from the Revolutionary War to Desert Storm that relate to New York State’s military forces, the state’s military history and the contributions of New York’s veterans. The artifacts include uniforms, weapons, artillery pieces, and art. A significant portion of the museum’s collection is from the Civil War. Notable artifacts from this conflict include Colonel Elmer Ellsworth’s (the Union’s first martyr) uniform, the medical kit of Jubal Early’s surgeon, and the uniform and bugle of Gustav Schurmann (General Philip Kearny’s boy bugler). Included in the museum are significant holdings relating to New York’s 27th Division in World War I and World War II and notable state military regiments such as the 7th (Silk Stocking Regiment), 69th (Fighting Irish), 71st, and 369th (Harlem Hell fighters) New York Infantry. 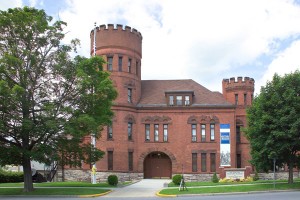 A trip to this museum is well worth it for lovers of military history.